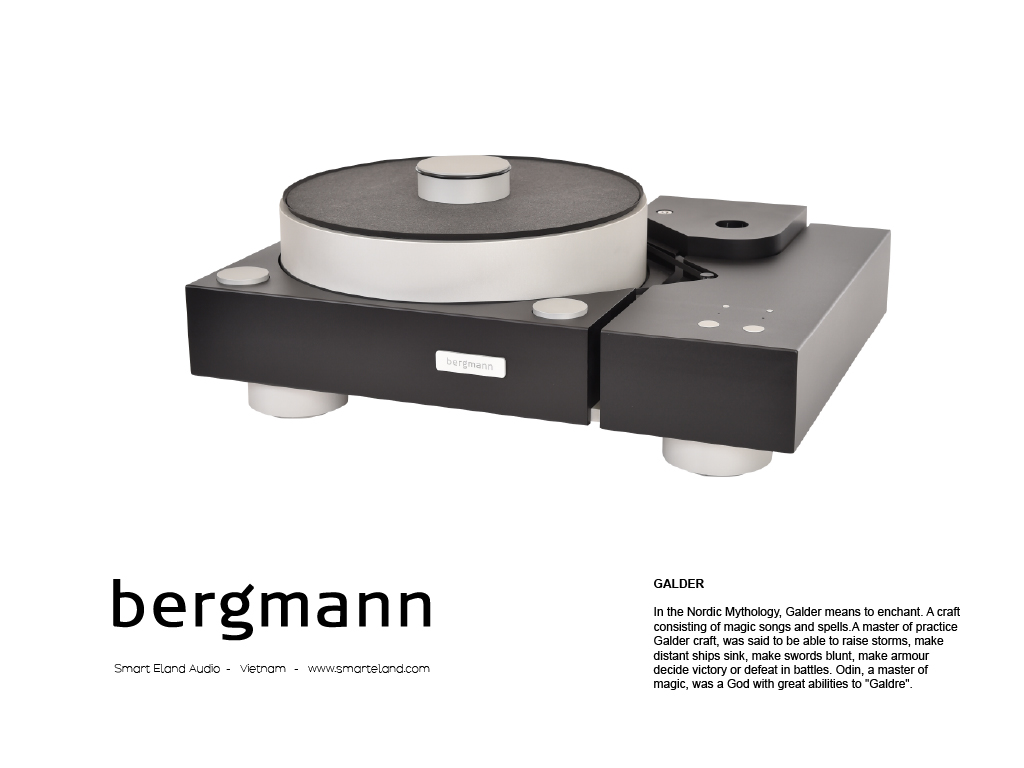 Output for an airbearing tonearm.

Motorbase seperated from the plinth.

In the Nordic Mythology, Galder means to enchant. A craft consisting of magic songs and spells.

A master of practice Galder craft, was said to be able to raise storms, make distant ships sink, make swords blunt, make armour decide victory or defeat in battles. Odin, a master of magic, was a God with great abilities to "Galdre".

Vacuum hold down, or clamp.

Accapt up to 4 tonearms. All tonearm designs, radil - and linear tracking.

Output for an airbearing tonearm.